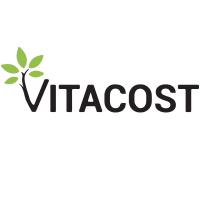 Vitacost.com, Inc is an American e-commerce company based in Boca Raton, Florida, that sells vitamins, supplements and organic grocery products. The company was bought by Kroger in 2014. Vitacost was inducted into Inc Magazine's "Inc. 500 Lifetime Hall of Fame," in 2006 as one of the US's 500 fastest-growing privately held businesses for five consecutive years (2001–2005). Vitacost began operations in 1994 as a catalog retailer of third-party vitamins and supplements under the name Nature's Wealth Company. In 1999, the company launched Vitacost.com and introduced proprietary vitamins and supplements, which has since expanded to include food, beauty products and sports nutrition. Kroger announced in July 2014 that it would purchase Vitacost.com for $280 million. The acquisition was completed in August 2014. In 2017, the company received two awards from the ConsumerLab.com Survey for Top-rated Supplement Brands on Overall Consumer Satisfaction and Top-rated Supplement Merchants on Overall Consumer Satisfaction.