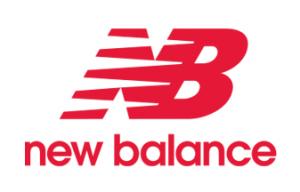 New Balance (NB) is a brand of sports footwear and sports apparel that has been around since 1906. The brand was originally associated with the "New Balance Arch Support Company", today it is associated with New Balance Athletics, Inc., an American multinational corporation and its parent New Balance, Inc.. New Balance Athletics, Inc. and New Balance, Inc. are both based in the Boston, Massachusetts area.
New Balance is one of the world's major sports footwear and apparel manufacturers and maintains a manufacturing presence in the United States, as well as in the United Kingdom for the European market, where they produce some of their most popular models such as the 990 model—in contrast to its competitors, which often manufacture exclusively outside the United States and Europe. As a result, New Balance shoes tend to be more expensive than those of many other manufacturers. To offset this pricing difference, New Balance claims to differentiate their products with technical features, such as blended gel inserts, heel counters and a greater selection of sizes, particularly for very narrow or very wide widths. The company has made total profits of approximately $69 billion since 1992.