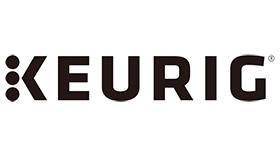 Keurig is a beverage brewing system for home and commercial use. It is manufactured by the American company Keurig Dr Pepper via its east-coast headquarters in Burlington, Massachusetts. The main Keurig products are: K-Cup pods, which are single-serve coffee containers; other beverage pods; and the proprietary machines that brew the beverages in these pods. Keurig beverage varieties include hot and cold coffees, teas, cocoas, dairy-based beverages, lemonades, cider, and fruit-based drinks. Through its own brands and its partnership licensed brands, Keurig has over 400 different varieties and over 60 brands of coffee and other beverages. In addition to K-Cup pods it includes Vue, K-Carafe, and K-Mug pods as well. The original single-serve brewer and coffee-pod manufacturing company, Keurig, Inc., was founded in Massachusetts in 1992. It launched its first brewers and K-Cup pods in 1998, targeting the office market. As the single-cup brewing system gained popularity, brewers for home use were added in 2004. In 2006 the publicly traded Vermont-based specialty-coffee company Green Mountain Coffee Roasters acquired Keurig, sparking rapid growth for both companies. In 2012 Keurig's main patent on its K-Cup pods expired, leading to new product launches, including brewer models that only accept pods from Keurig brands.