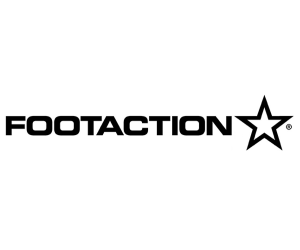 Foot Locker Retail, Inc. is an American sportswear and footwear retailer, with its headquarters in Midtown Manhattan, New York City, and operating in 28 countries. Although established in 1974, and founded as a separate company in 1988, Foot Locker's roots date to 1879, as it is a successor corporation to the F. W. Woolworth Company (“Woolworth's”), as many of its freestanding stores were originally Kinney Shoes and Woolworth's locations. The company operates the eponymous “Foot Locker” chain of athletic footwear retail outlets (along with “Kids Foot Locker” and “Lady Foot Locker” stores), and other athletic-based divisions including Champs Sports, Footaction USA, House of Hoops, and Eastbay/Footlocker.com, which owns the rights to Final-Score. The company is also famous for its employees' uniforms at its flagship Foot Locker chain, resembling those of referees. According to the company's filings with the SEC, as of January 28, 2017, Foot Locker, Inc. had 3,363 primarily mall-based stores in the United States, Canada, Europe, and Asia. Nearly 70% of its product is from Nike.Foot Locker, Inc. leads the celebration of sneaker and youth culture around the globe through a portfolio of brands including Foot Locker, Lady Foot Locker, Kids Foot Locker, Champs Sports, Eastbay, Footaction, Runners Point and Sidestep. With approximately 3,130 retail stores in 27 countries across North America, Europe, Asia, Australia and New Zealand, as well as websites and mobile apps, the Company's purpose is to inspire and empower youth around the world, by fueling a shared passion for self-expression and creating unrivaled experiences at the heart of the global sneaker community. Foot Locker, Inc. has its corporate headquarters in New York.